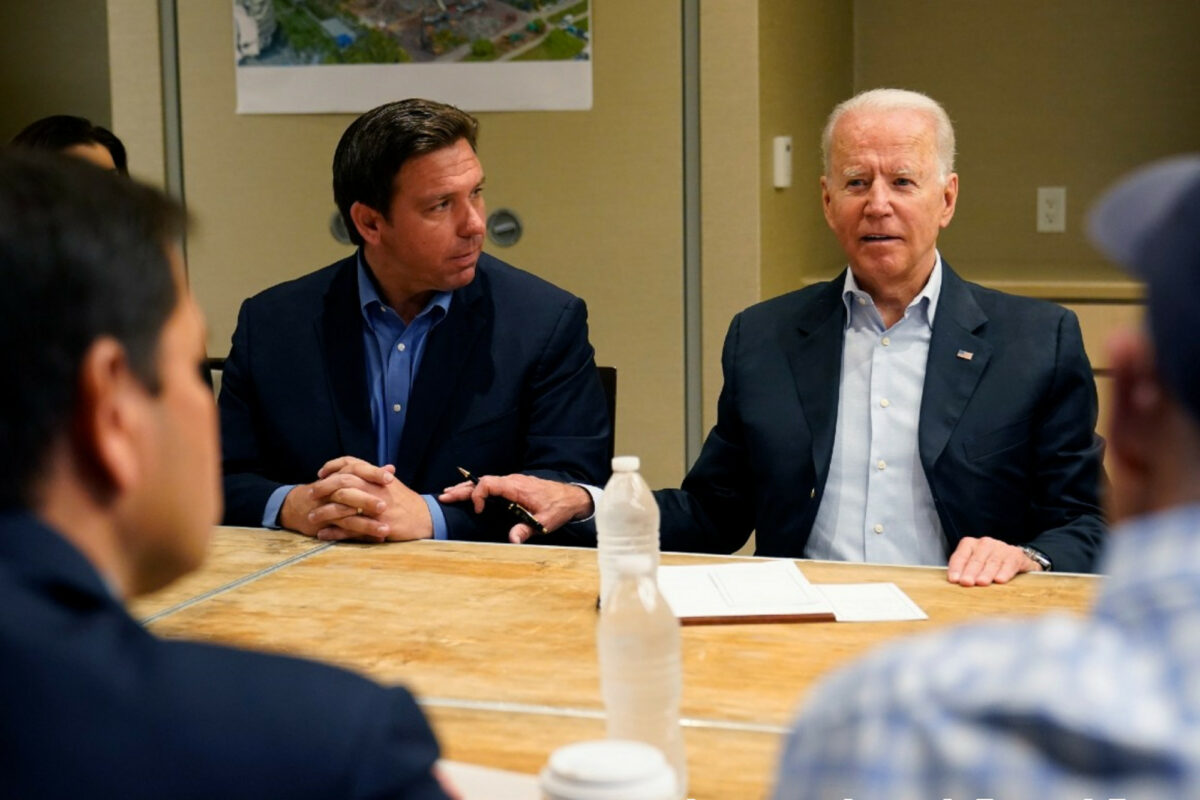 Donald Trump remains the king of the GOP. Florida Gov. Ron DeSantis is looking like the crown prince.

For months, DeSantis’ stature has been expanding within the party, marked by growing buzz among grassroots activists and GOP consultants who admire the pugilistic style of politics he wields against progressives and the media. He’s consistently won GOP straw polls of presidential hopefuls — provided Trump doesn’t run in 2024 — and he even edged out the former president in favorability in one of the informal surveys.

Now a new nationwide poll of Republican voters points to him as the front-runner in the event Trump does not run in 2024.

Trump remains the clear leader of the party. If he decided to run again for president in a crowded 2024 primary field, he would get roughly half of the vote, with DeSantis in a distant second place at 19 percent, according to a new survey of GOP voters from veteran Republican pollster Tony Fabrizio. Everyone else — including former Vice President Mike Pence — would be in single digits.