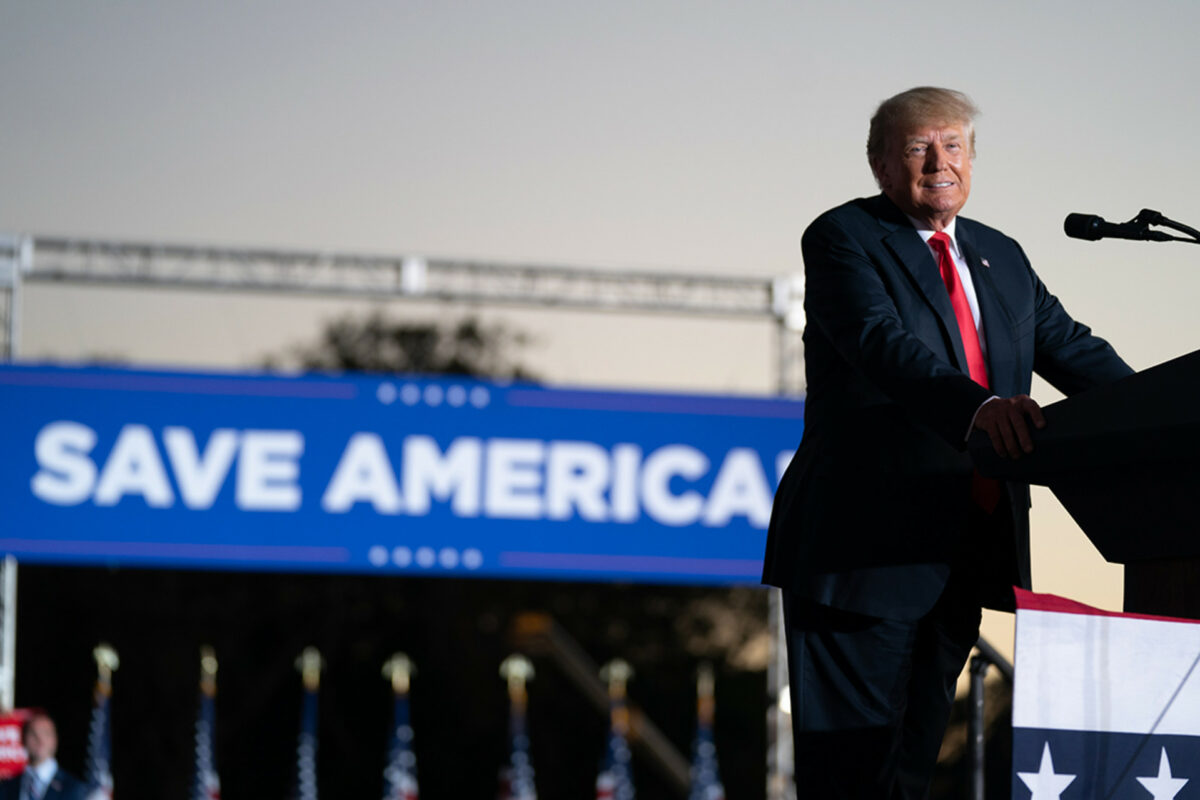 As Donald Trump builds out a presidential-campaign-in-waiting, his team is focusing on an electoral strategy that relies on recapturing the five states that flipped to Joe Biden in 2020.

The five states — Arizona, Georgia, Michigan, Pennsylvania and Wisconsin — delivered a total of 73 electoral votes in 2020, enough to produce a decisive Electoral College victory for Biden. Since then, Trump has held four rallies, endorsed dozens of candidates and played a key role in shaping contests that could put his allies in top offices in those states in 2024.

Trump’s shadow campaign also recently polled Trump-Biden matchups in the five states, all of which were decided in 2020 by fewer than 3 percentage points. According to the poll, a memo of which was obtained by POLITICO, the former president led Biden in Arizona by 8 percentage points, Georgia by 3 points, Michigan by 12 points, Pennsylvania by 6 points and Wisconsin by 10 points.

The poll numbers send a message to those who think Trump’s grip on the Republican Party is loosening, said Tony Fabrizio, a top GOP pollster who conducted the surveys for Trump’s super PAC, “Make America Great Again, Again!”