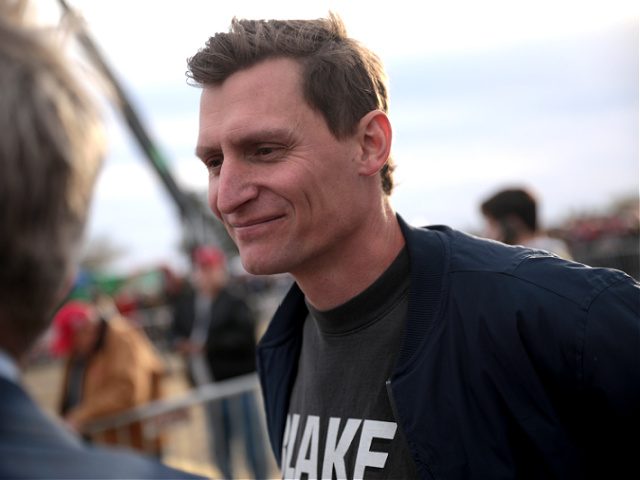 The poll, conducted for the pro-Masters Super PAC Saving Arizona PAC, shows Masters with a four-point lead over both Brnovich and Lamon. Masters, at 22 percent, leads both Brnovich and Lamon — both of whom are at 18 percent — by more than the poll’s 3.46 percent margin of error. Another candidate, Mick McGuire, is down at seven percent and Justin Olson is at two percent, while 34 percent are undecided.

The poll, conducted by the highly respected Fabrizio, Lee, and Associates, from May 17 to May 18, surveyed 800 likely voters ahead of the forthcoming August 2 primary. The polling firm is highly respected in that it accurately captured several other major races this cycle, including most notably accurately portraying the Ohio GOP U.S. Senate primary in the lead-up to J.D. Vance’s victory there earlier in May. The firm has also conducted polls for former President Donald Trump.